Overview
If, else
elif
Complex Comparisons

Overview
For Loops
For Loops II
While Loops
Break and Continue

Previously we looked at built in functions such as:

Now, how is a method different from a function? 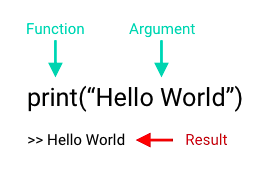 >> HARRY POTTER AND THE PRISONER OF AZKABAN

The data type string has a built in method that can be accessed with the dot notation called upper.‍ The upper method takes the string movie_title and converts it into upper case letters. 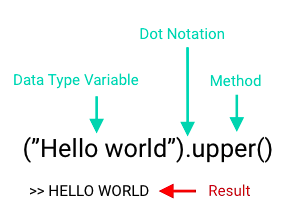 Another built-in method for string data types is the lower method.

‍>> harry potter and the prisoner of azkaban

H‍ere is a list of built in methods in Python that you can use on strings: https://www.w3schools.com/python/python_ref_string.asp