Our git history corresponds to three commits and a tag, but there's also another element pointing to that history of commits and it's called a branch. The current branch we are in is the master branch. 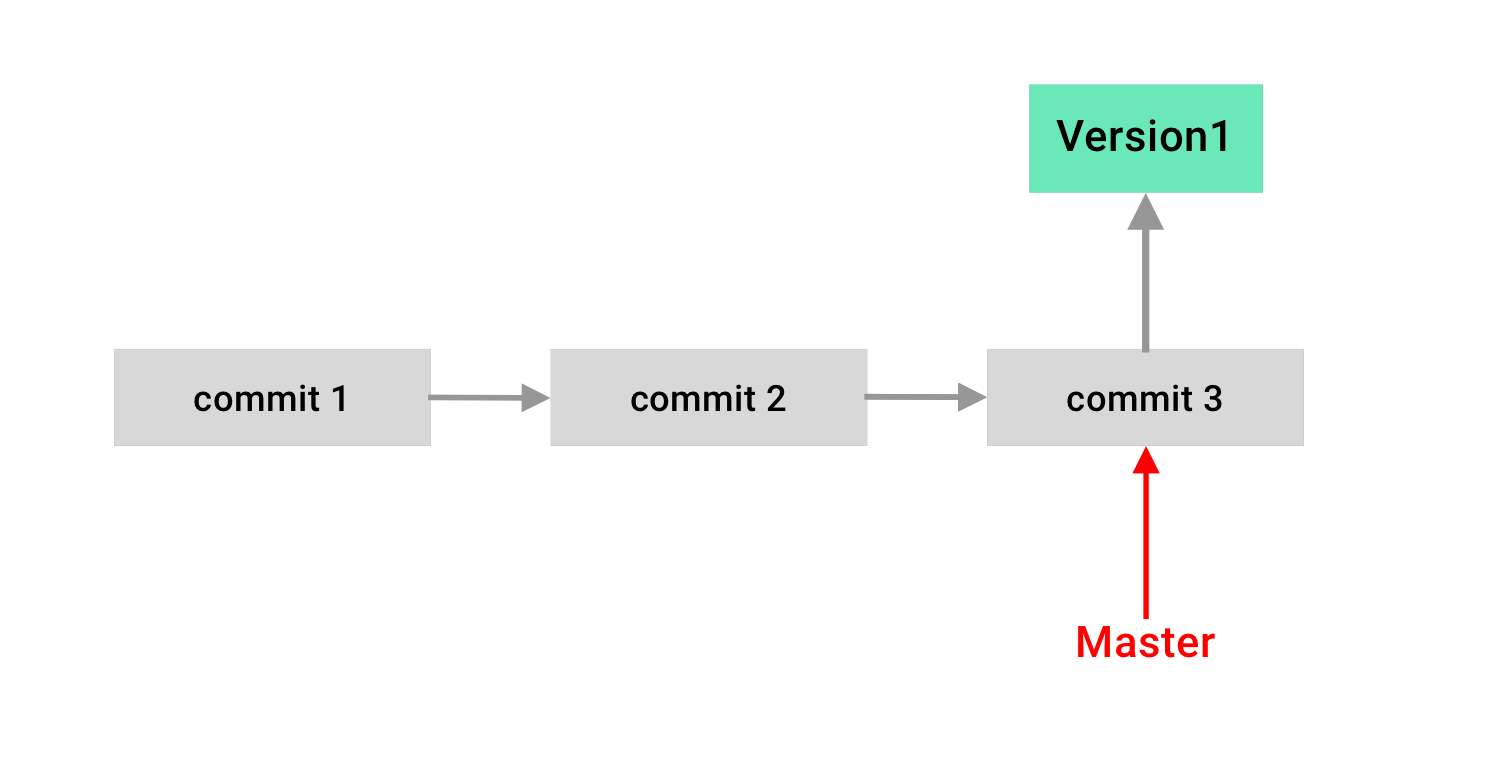 let's programmatically observe which branch we are in:

we are in the master branch

Let's create another branch and call it new-feature

We can observe our list of branches using git branch again: 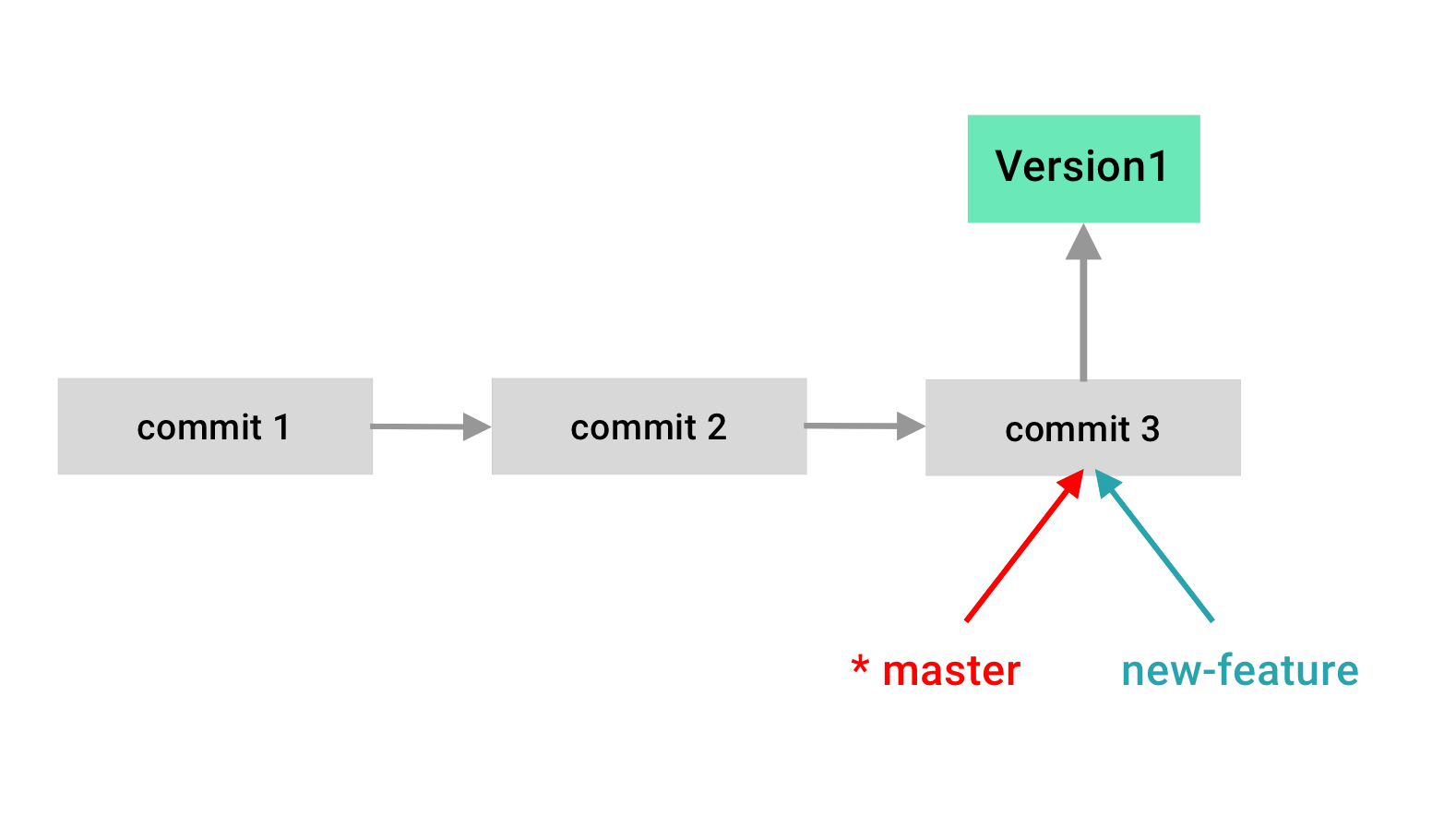 Now that we have two branches pointing to our recent commit. Let's add some content to one of our files:

then let's commit the changes:

We now have our fourth commit, let's view the history: 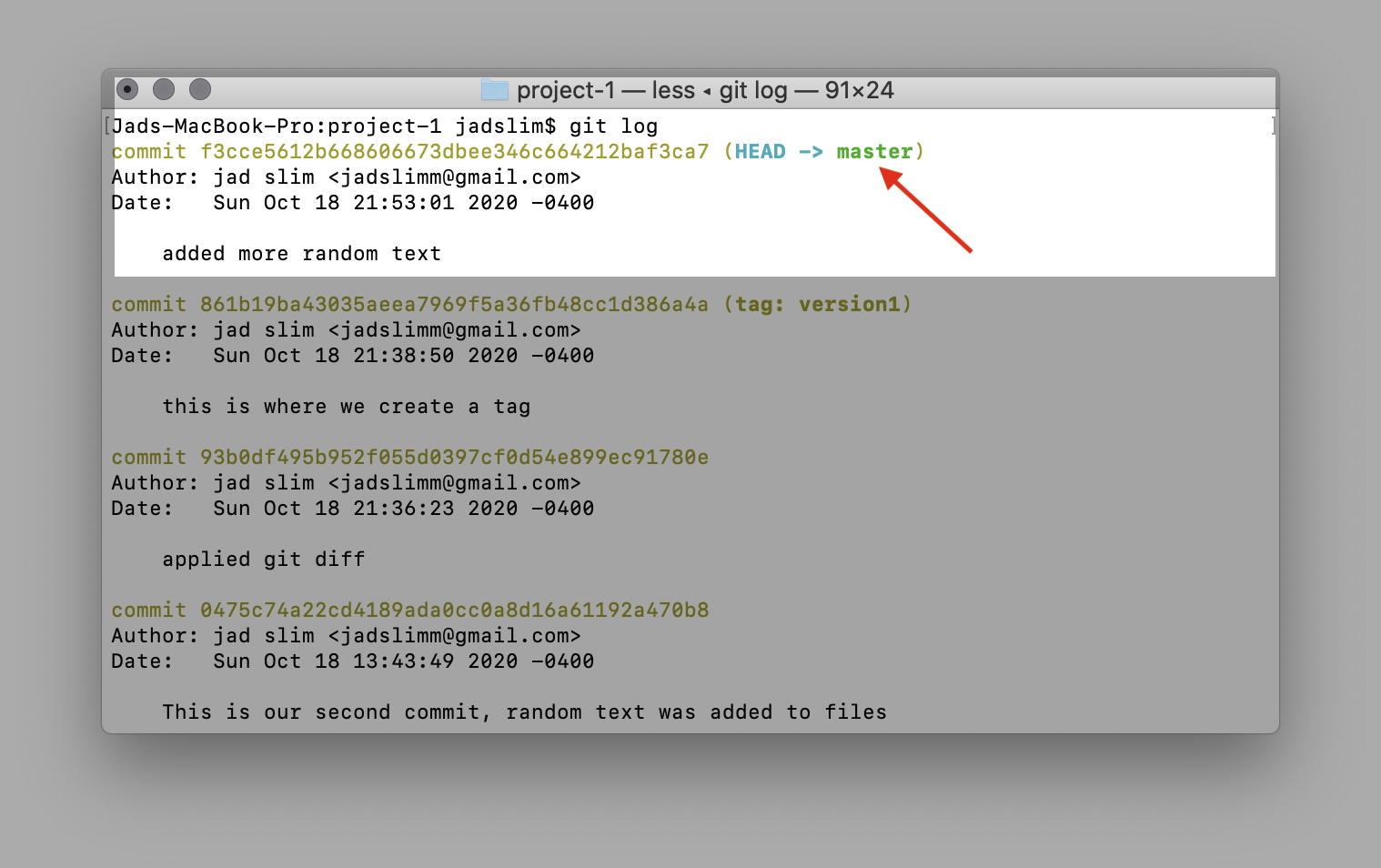 Our commit was created in the master branch and not the new-feature branch. This is because the HEAD of our repository is pointing at master. Our diagram should now look something like this: 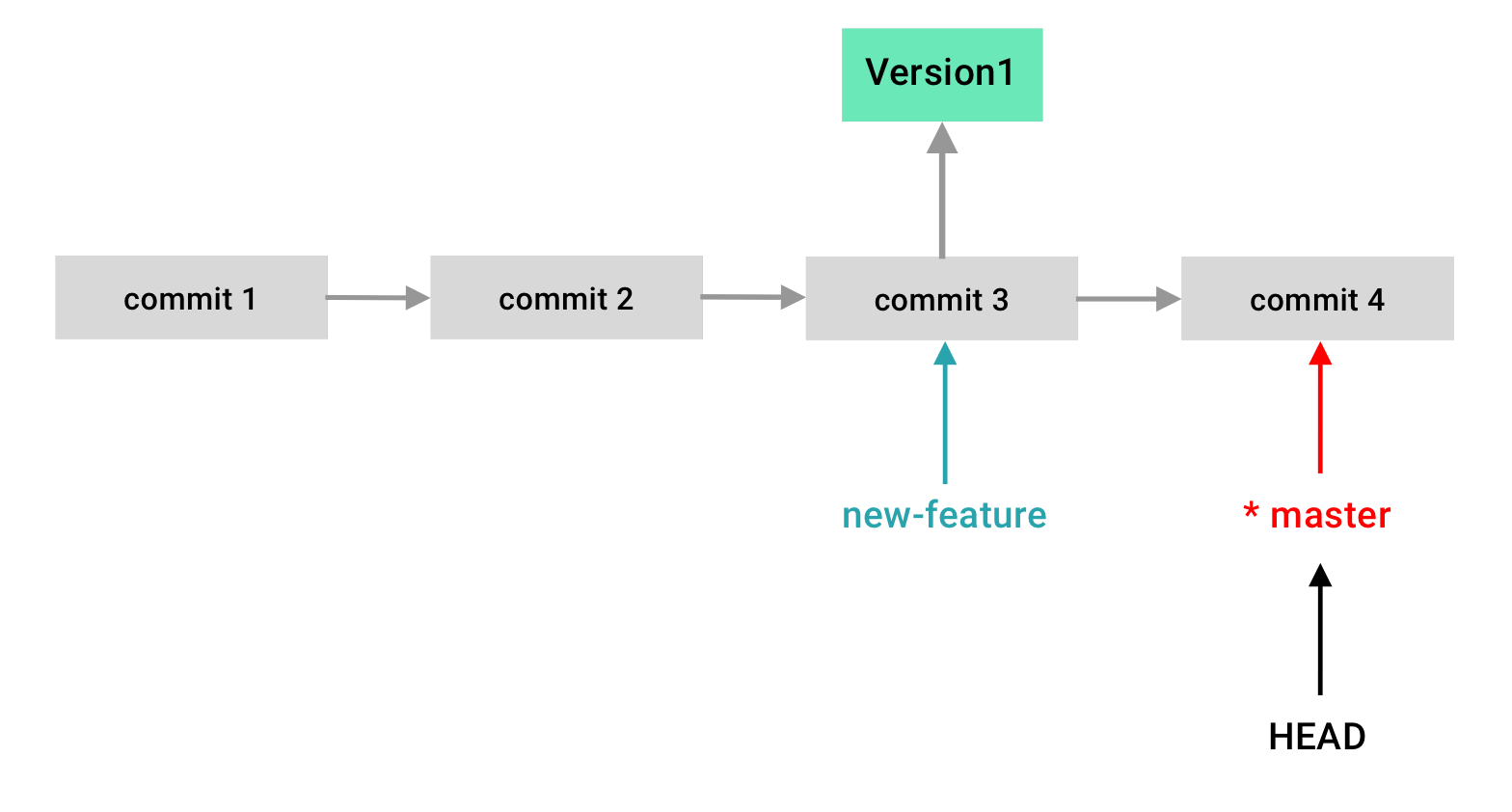 Let's switch to the new-feature branch:

Let's make sure we are in the new branch: 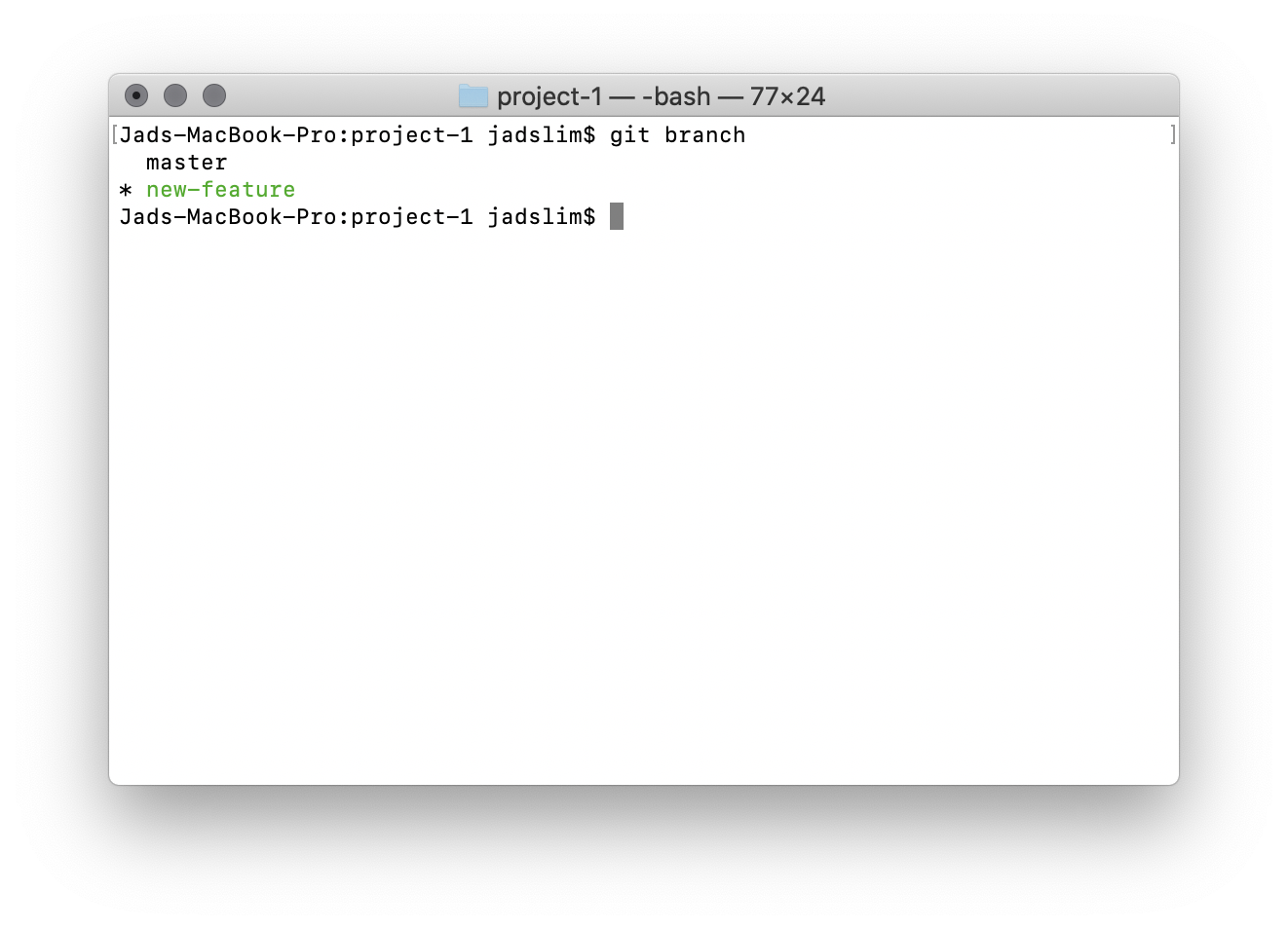 We successfully switched to the new-feature branch. you can tell by the asterisk behind it. Our diagram should now look something like this: 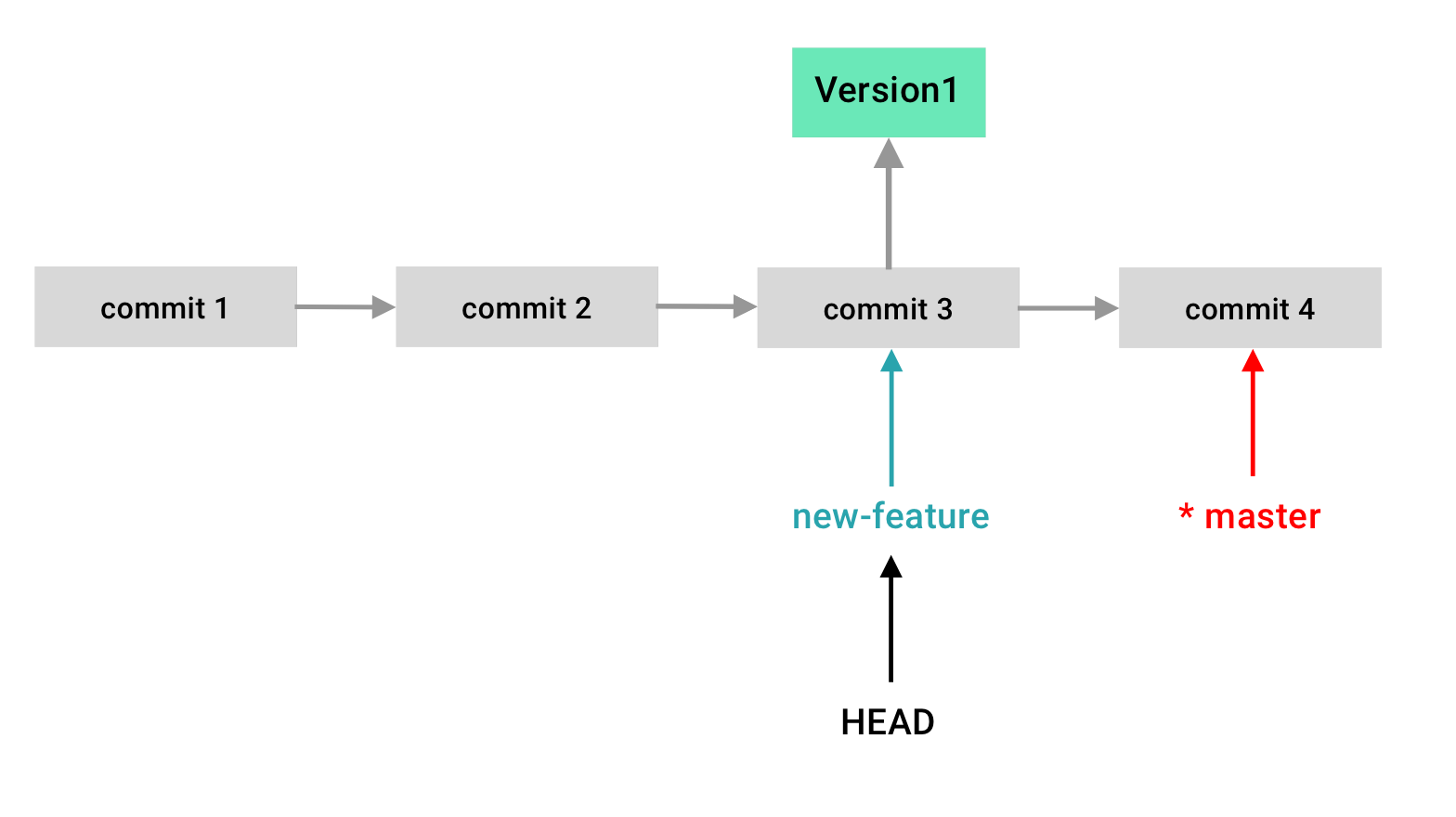 Our HEAD is now pointing at new-feature.

Let's add a new feature to our project:

you should be getting into the habit of using git status to observe your changes. I won't be using it a lot moving forward, since it will clog up the course.

let's stage and commit our changes:

Our HEAD is now pointing at new-feature and our recent changes have been applied in that branch: 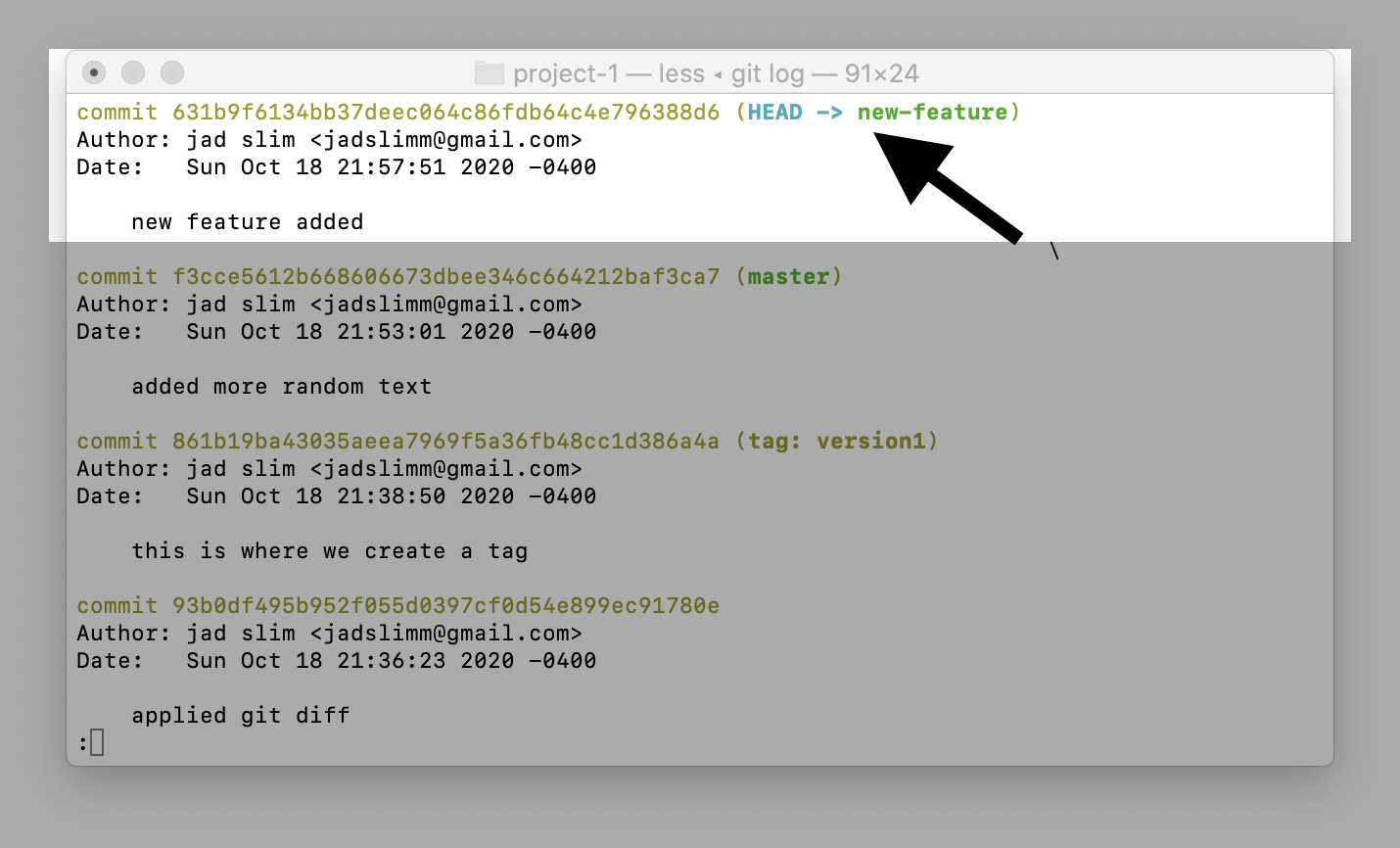 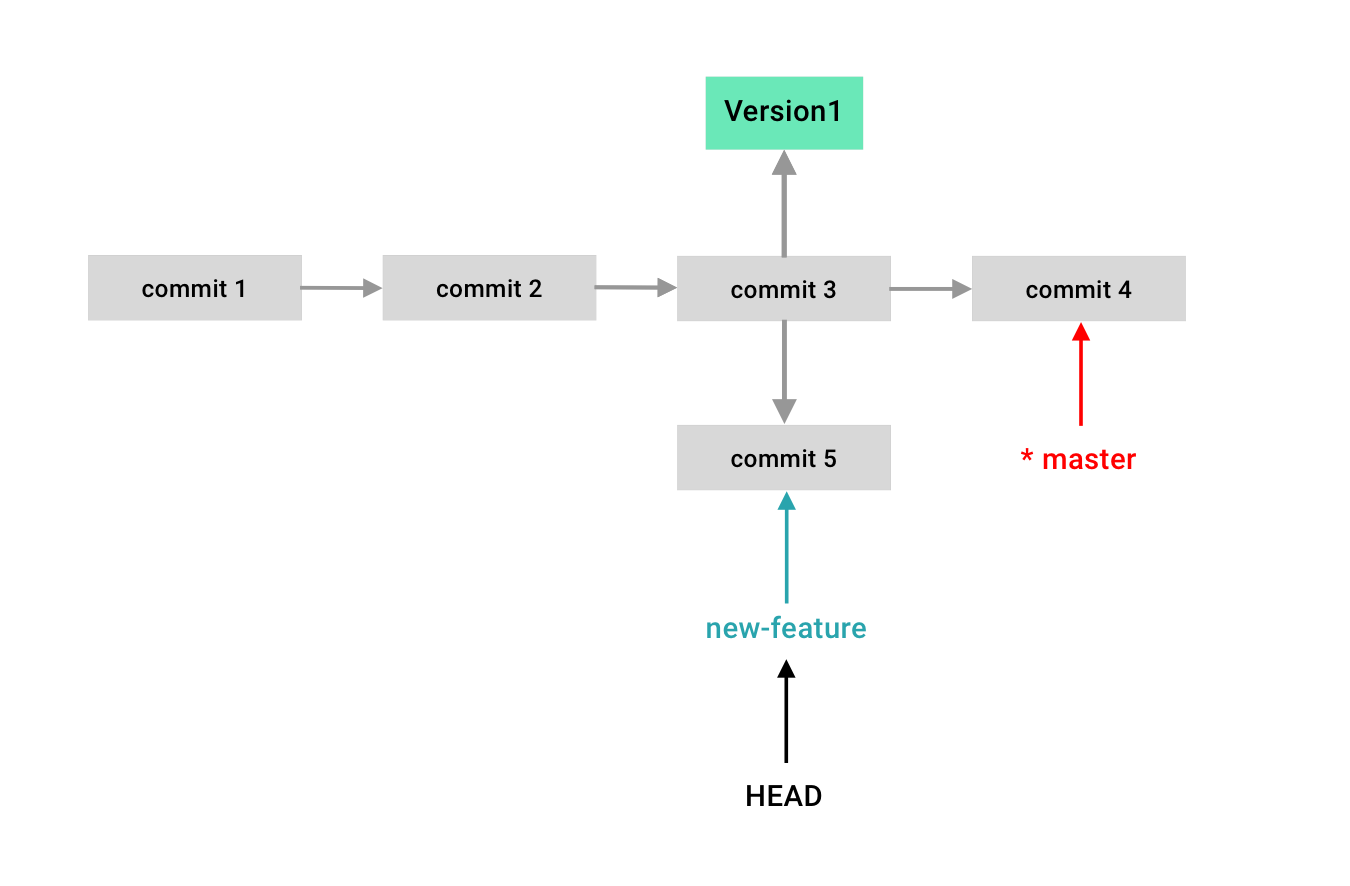 Our newest commit is only available in the new-feature branch. Let's checkout to our master branch again:

Now open your project-1.txt file, you will notice that the change you recently made is not there. Don't be afraid, this new feature you added is still there, but in the new-feature branch. You can always checkout there to view the change.

Now open the file again, and your changes are back.