The purpose of a branch is that it allows making modifications to your project without affecting the master branch.If you end up liking those modifications, you can combine those changes into another branch. This process is known as merging. 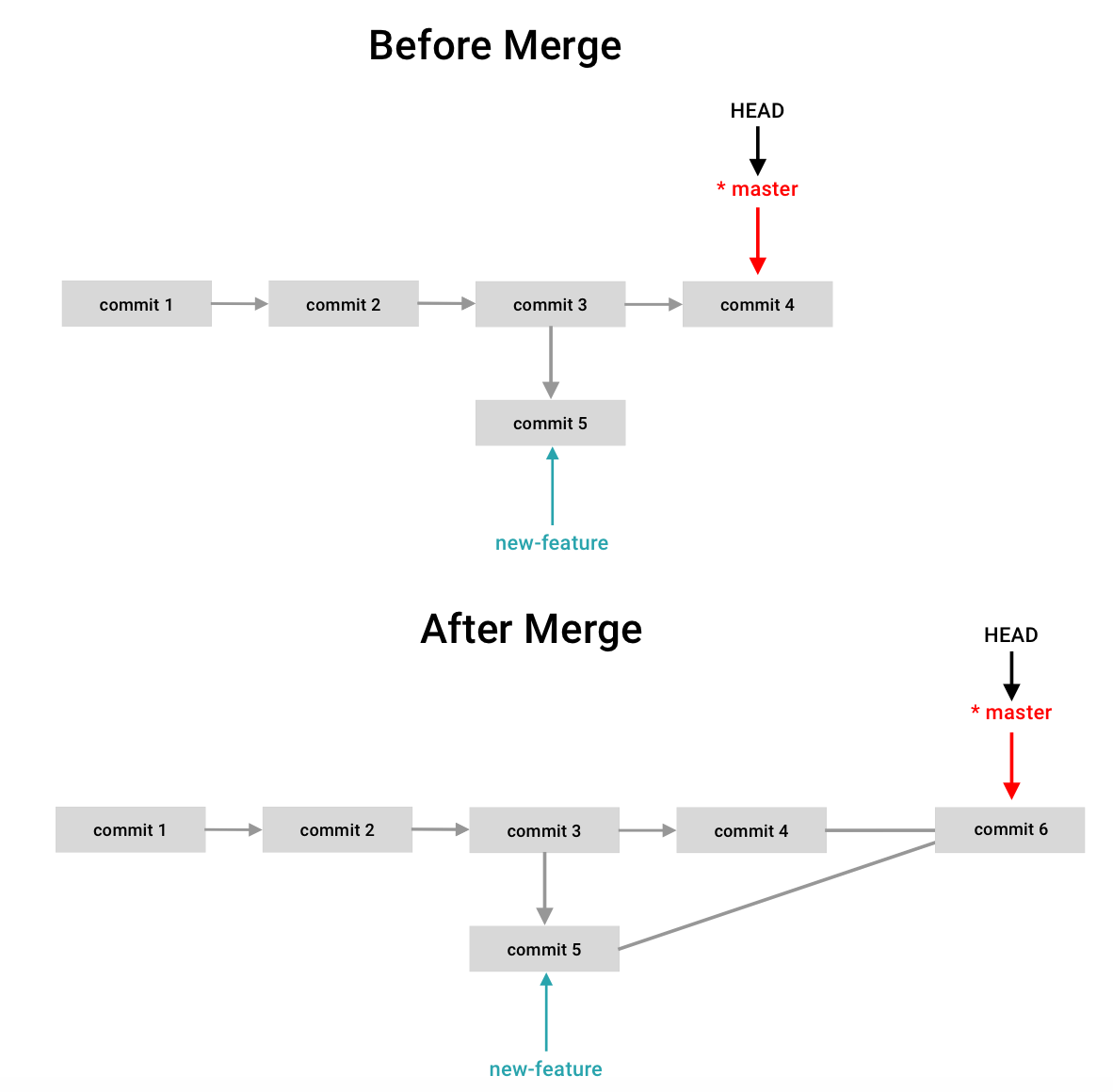 From the above diagram, both new-feature and master merged to create a commit that is a combination of both. Notice how the latest commit tracks both the new-feature commits and master commits.

you can also still add commits to the new-feature branch that won't be included in the master branch like so:

Check which branch you're in with git branch, if you're not in the master branch, then:

We're encountering our first merge issue, it looks like there is a conflict in our project-1.txt.

let's open the file and see what's inside: 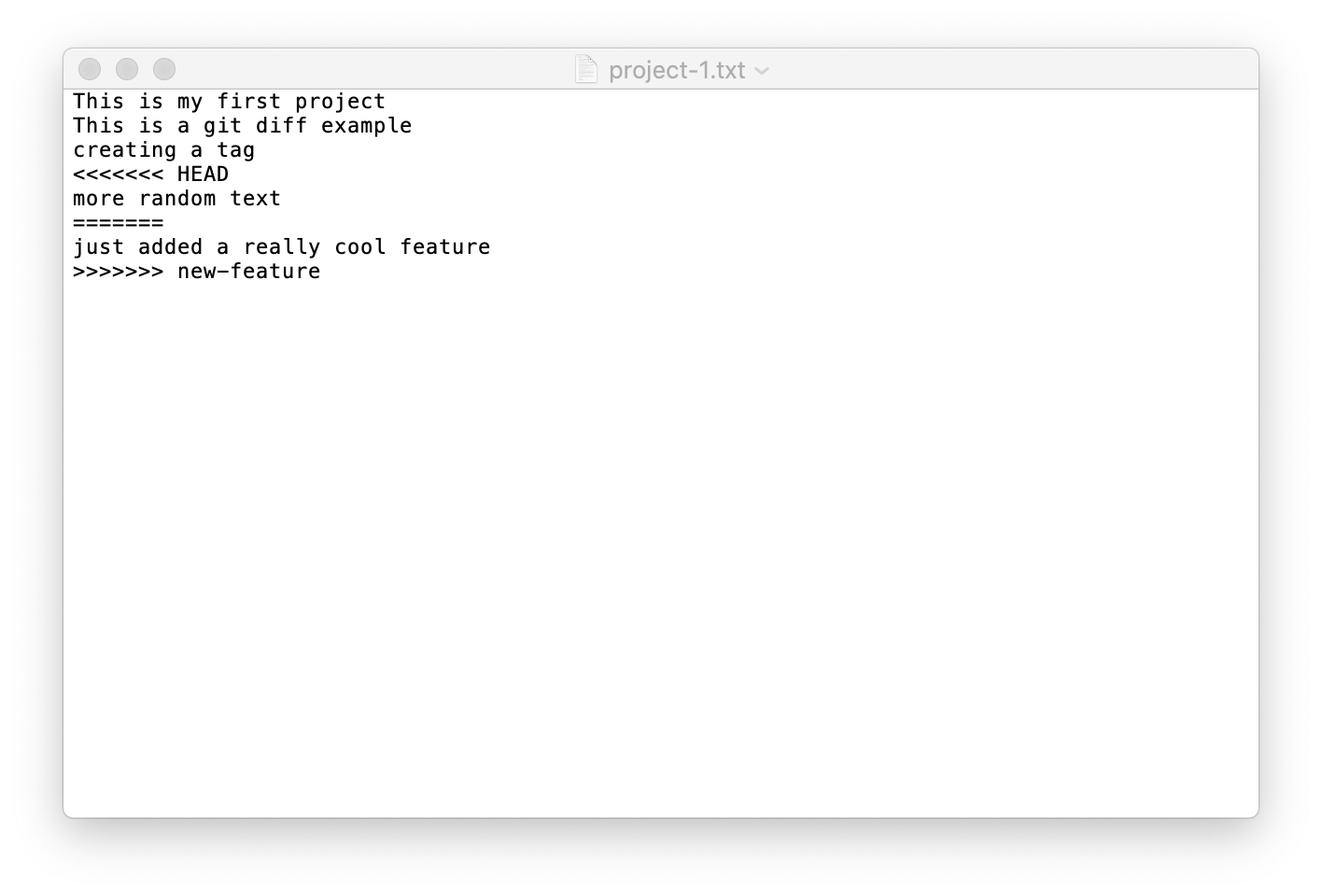 The editor shows the following:

We have two choices, we can remove one of the conflicts or keep both. we are going to delete the indicators and keep both. your editor should look something like this: 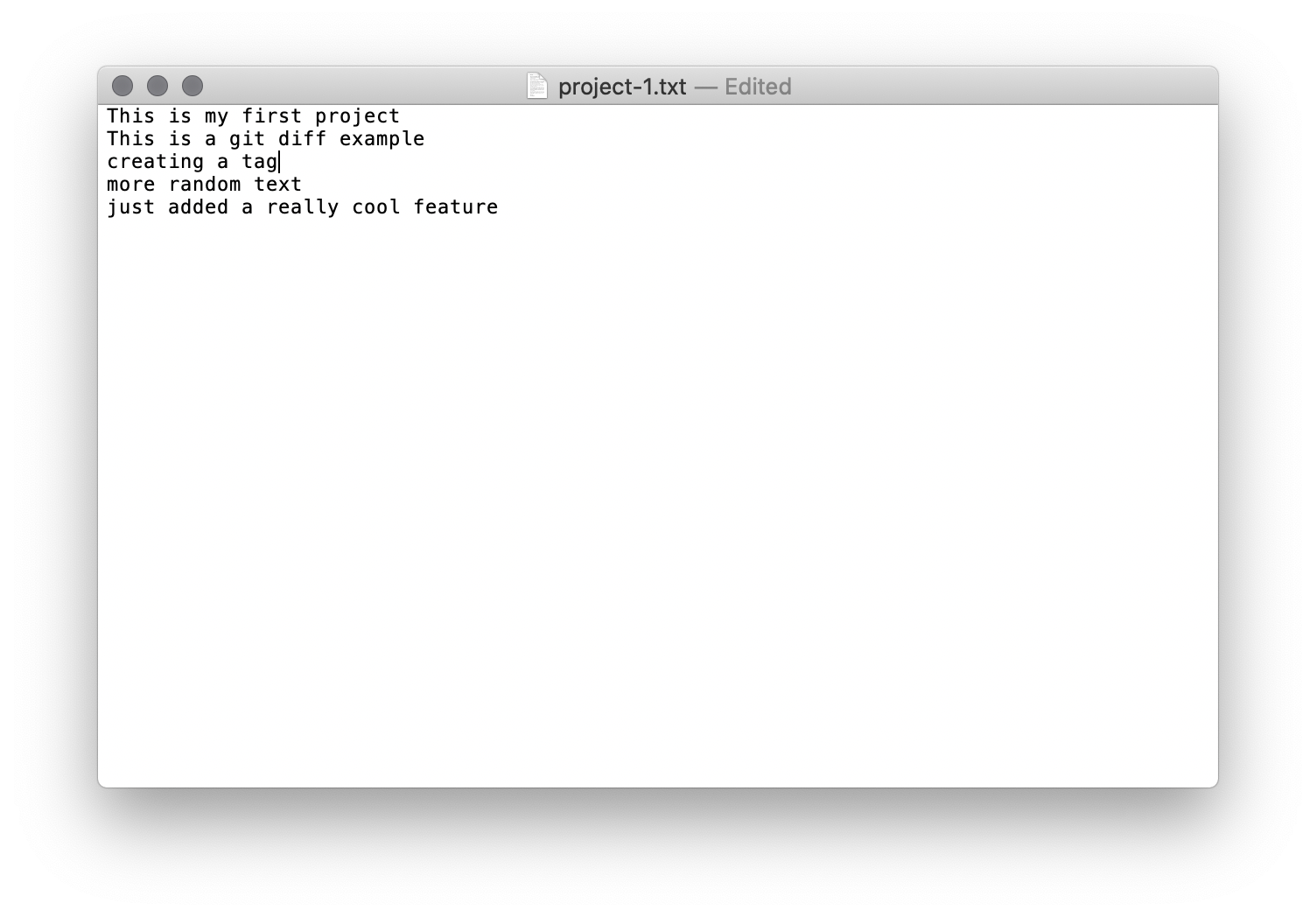 Now that our conflict has been resolved we need to create a commit:

Now that our feature has been added, we don't need the new-feature branch anymore, we can simply delete it:

Only our master branch shows, we successfully deleted our new-feature branch